Hampstead Hotspots: The Ceramic Artists You Need To Know

As the Guardian dubs the rise of ceramics 'Top of the Pots' and art institutions across the country, from the Fitzwilliam Museum to the BALTIC Centre for Contemporary Arts, shine a spotlight on this truly hands-on technique, there really is no better time for us to exhibit a selection of the hottest talent working with clay and cast sculpture.

As the Guardian dubs the rise of ceramics ‘Top of the Pots’ and art institutions across the country, from the Fitzwilliam Museum to the BALTIC Centre for Contemporary Arts, shine a spotlight on this truly hands-on technique, there really is no better time for us to exhibit a selection of the hottest talent working with clay and cast sculpture. Feast your eyes on this year’s showstopping Hampstead Hotspots! 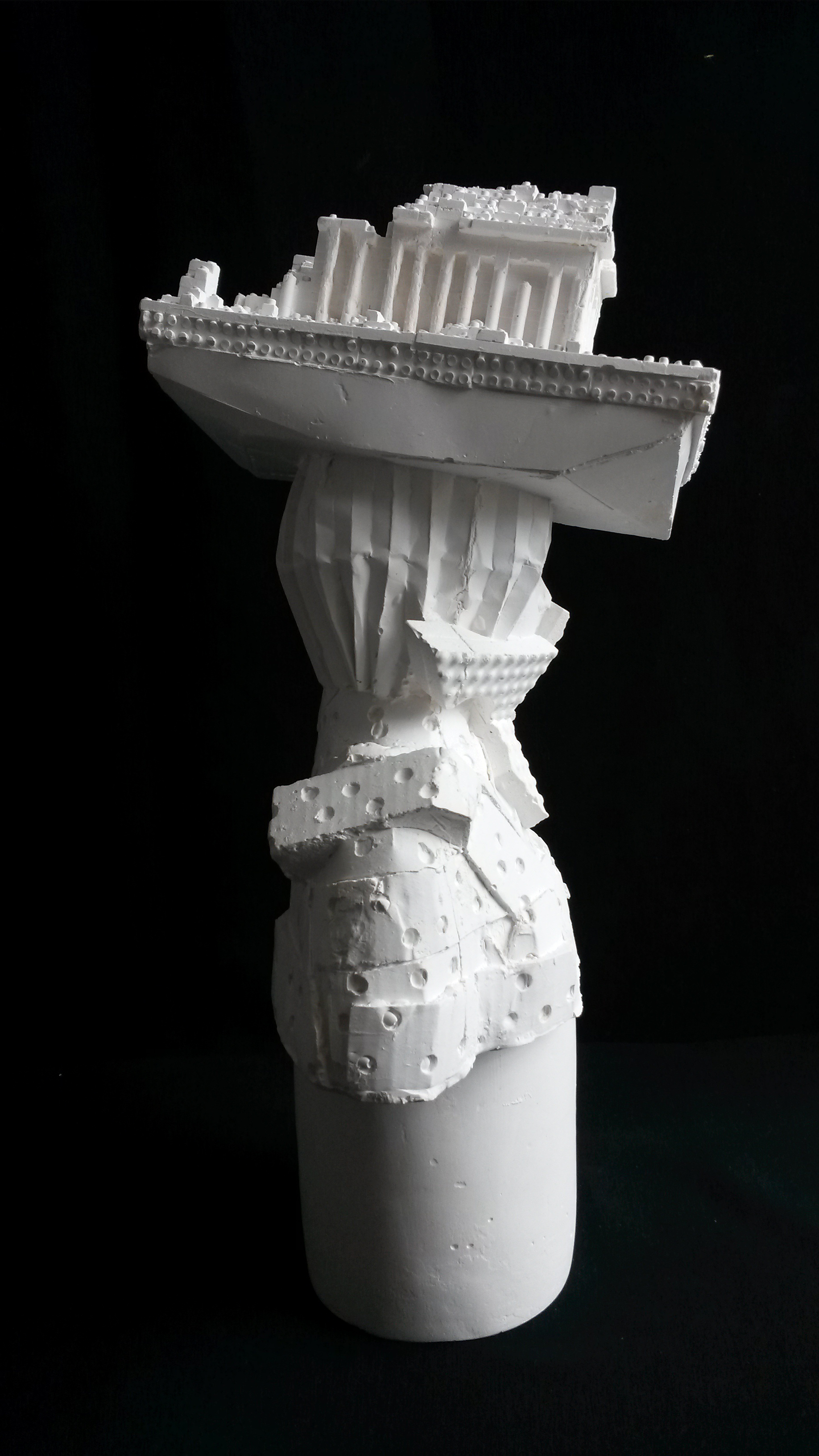 Inspired by 18th and 19th century figurative statues and busts, Kathy adds a contemporary twist to the tradition by creating her collection using direct casting from real objects, rather than sculpting in clay or stone.

To construct the original sculpture from which the plaster casts are made, all kinds of materials and found objects are ‘collaged’ together – fabrics, haberdashery, model buildings and vehicles, plumbing and electrical parts and discarded or recycled materials such as plastic packaging, corrugated card, foil and paper. Through the mould-making process the plaster casts replicate every detail and texture of the originals, imparting an air of super-realism to these otherwise fantastical sculptures.

The idea of placing architectural monuments, iconic landmarks and random objects on the headdresses is reminiscent of the 18th century fad of decorating hats with large scale, incongruous objects – à la Marie Antoinette! 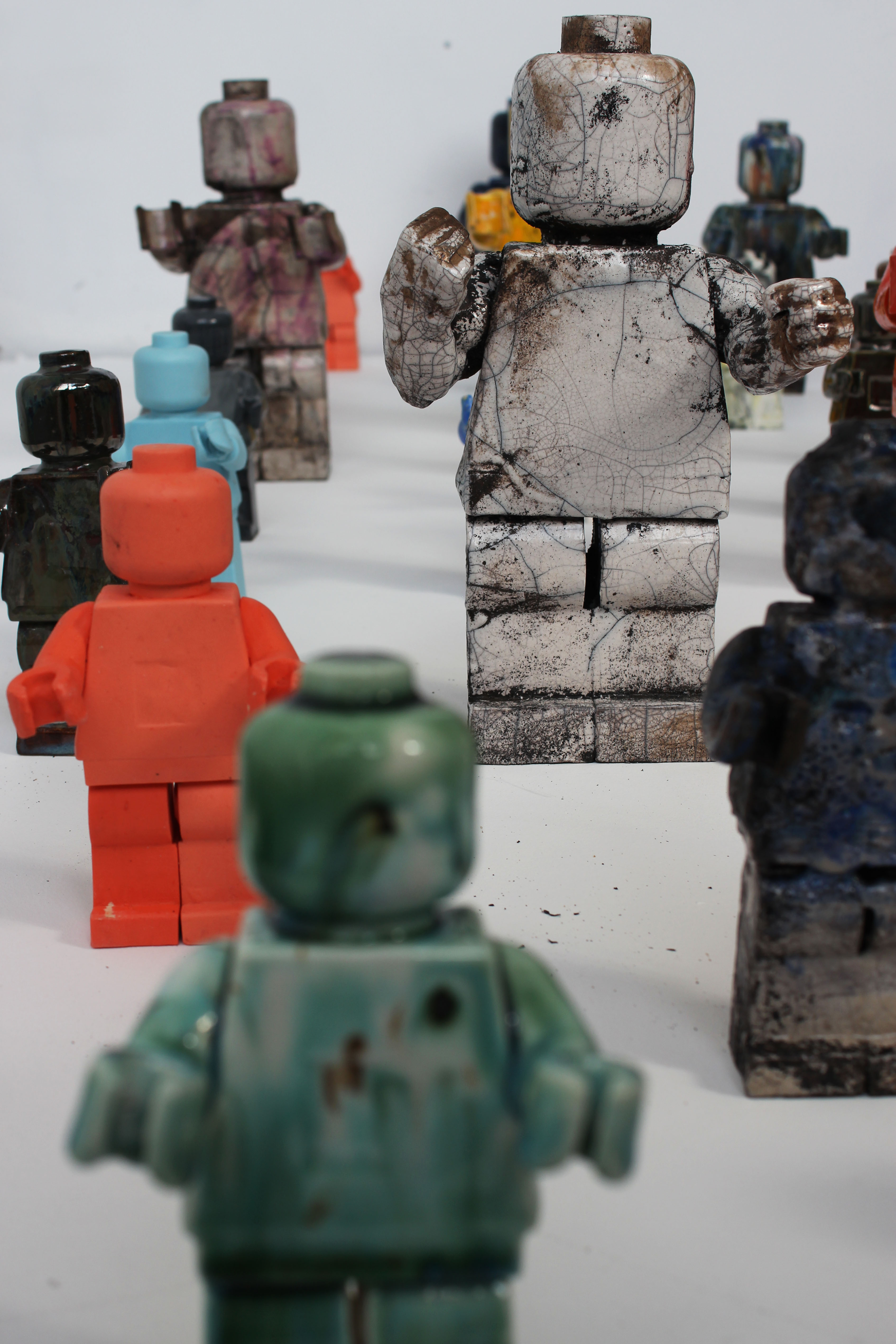 Taking his inspiration from the Terracotta Army, Nam Tran pays tribute to his cultural heritage and combines it with his childhood passions growing up playing with Lego bricks and figurines. He imagines when future archaeologists and historians excavate his Ego Man Army, it would give them an insight into the life and times of the 21st century through the societal and artistic impact of a mere toy that encouraged countless young lives to “play well”.

Very much like the terracotta warriors, Nam’s Ego Man Army is set in a trench facing East and consists of smaller sized warriors, larger generals and the mammoth Emperor which are all handmade and fired with different glazing techniques, processes and colours to give them their own unique personality! 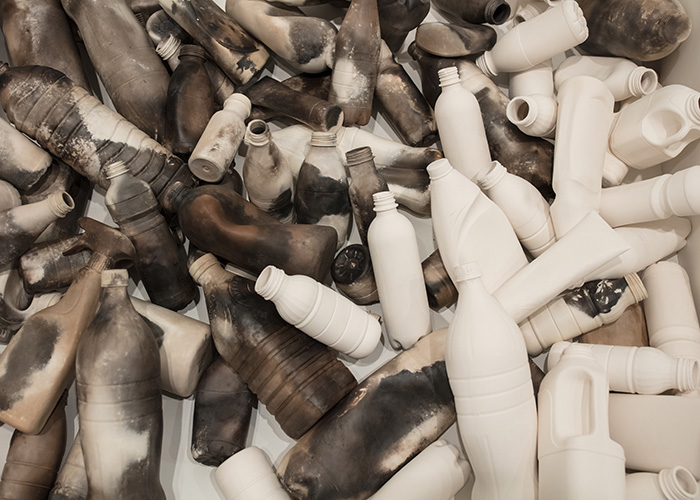 Mella Shaw uses clay to make thought-provoking objects and installations. Underpinned by a background in anthropology, museums and the study of material culture, Shaw’s practice centres on reoccurring themes of balance, tipping points, thresholds and edges. It is through these themes that her strong but delicate work explores and confronts weighty themes of fragility and loss.

Her installation ‘HARVEST’ focuses on the environmental tipping point of plastic pollution in the oceans and takes as its starting point the statistic that, unless something drastically changes, by 2050 there will be a greater weight of plastic in the oceans than fish. 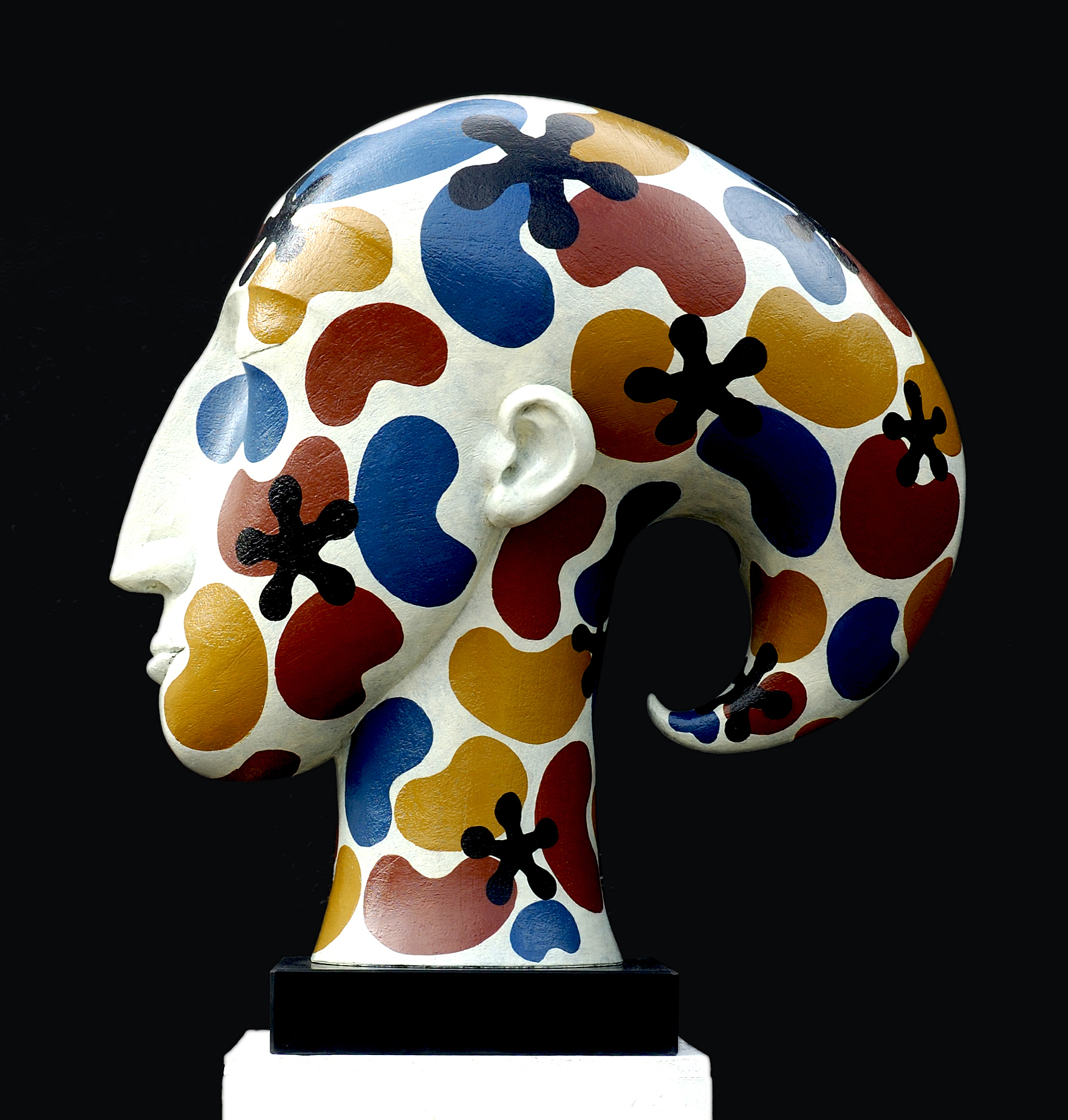 Departing from the figurative and literal elements of her previous work, Patricia has recently begun to explore the relationships between shape, colour and line.

Fascinated with how one line or form has an effect upon another, these juxtapositions of shape and colour create wonderful contradictions of power and fragility, stability and precariousness. The assemblage of elements and their tentative proximities reflect the frictions in the relationships of human beings. 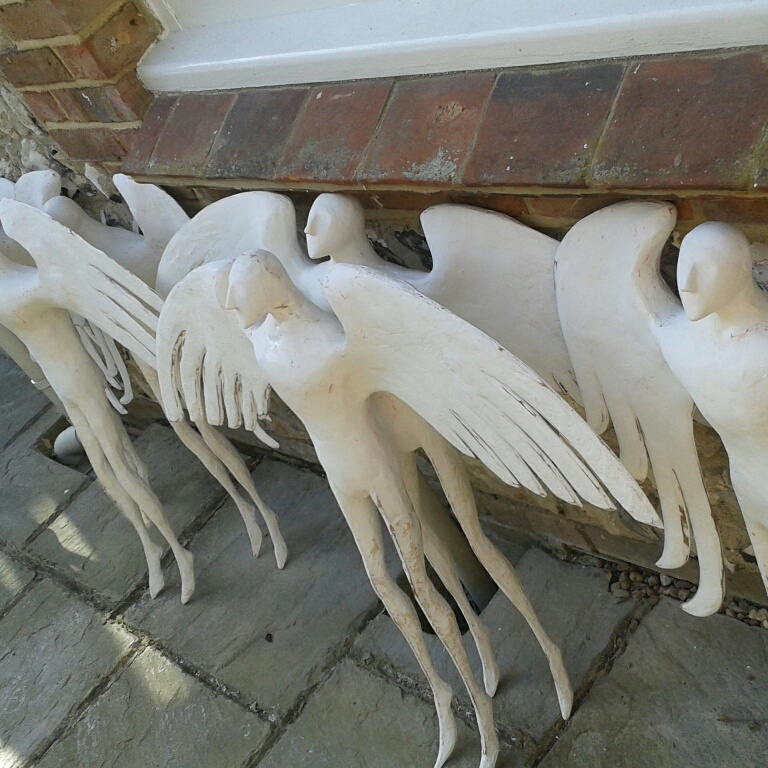 Inspired by the hammerbeam roof of the Great Hall at Westminster, and influenced by the classic, vibrant and colourful London Tube map, Jim’s ‘Underground Angels’ is a celebration of London past and present. Eight angels fly overhead, in the colours of the Piccadilly Line, the Victoria, District, Circle, Bakerloo, Metropolitan, Hammersmith and Northern lines.

Jim trained and worked as an Illustrator for many years before finding his work was breaking through into the third dimension. Working with Papier-mâché and recycled materials wherever possible, his pieces are inpired by folklore, primitive art and the literature of his childhood.

Keep your eyes peeled for our Hampstead Hotspots around the fair, 10 – 13 May. All installations will be available to buy, so speak to those in the know at the Info Desk to find out more! Book your tickets now »

We take your privacy seriously and never share your data.
You can update your preferences and unsubscribe at any time.